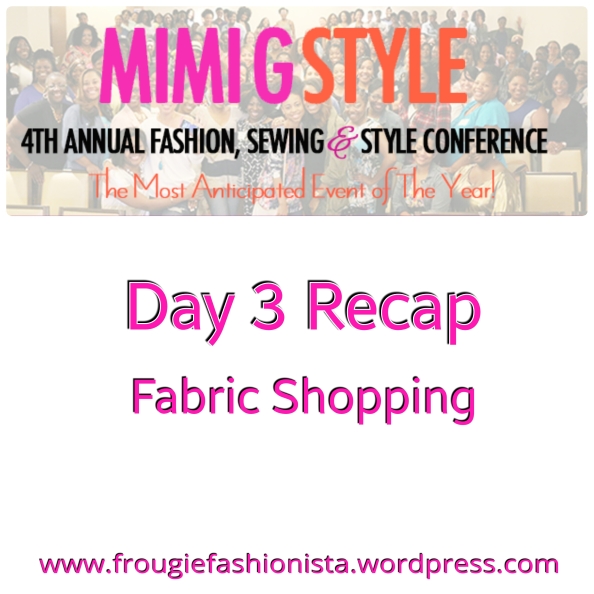 Finally we are at the of my three part recap. Yes, I’m still talking about it a full week later, it was that EPIC! If I had to sum each day of the Conference up in one word Day 1 would be Fun, Day 2 – Learn and Day 3 SHOP! All of the ladies had been waiting for the Michael Levine trip to close out the conference. Actually, that’s not true some ladies who arrived on Thursday or early Friday were smart and hit up Michael Levine’s early, but they were not any less excited for the group trip on Sunday.

Sunday was great because we actually got to sleep in a little (or at least I did) since the agenda didn’t begin until 9am. We all met in the ballroom to learn how the store was set up and a little about the Fashion District overall, there’s so much more than Michael Levine. We then loaded the buses and headed over to the store.

**Insert the record stop screech here** This is what most of the ladies did. Me and the front row crew from Saturday bolted for the front of the hotel as soon as the session was dismissed to snag a seat on the first bus (my flight left and 2 and I wanted to get all the shopping in I could) only to realize that he buses were at the back of the hotel this year **WHOMP, WHOMP, WHOMP** By the time we figured that out we were sure they were already full so once again @naturalgurlygirl came to the rescue and drove us over to Michael Levine’s where we meet up with the group **you may now return to your regularly scheduled program** 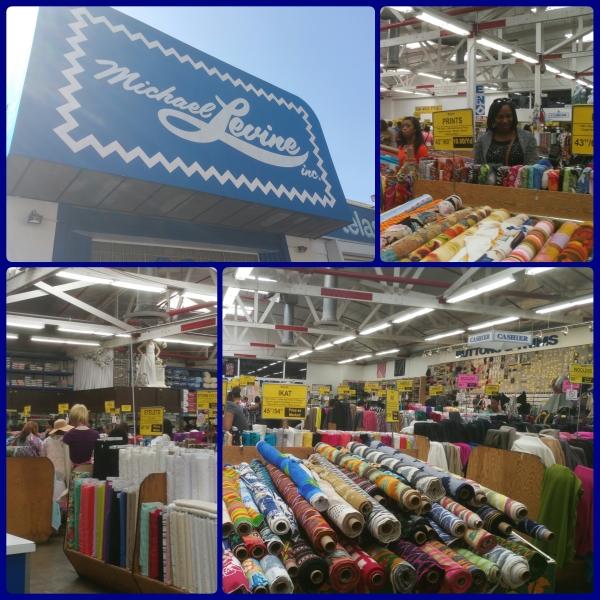 Michael Levine’s was packed and I think they actually cleared out the store for us, there were 250 attendees so you can only imagine, right? Actually it felt like we turned the store into some type of sewing meet ‘n greet the way we kept bumping into to people we had seen the day before and chit chatting and comparing fabrics. Every employee I came in contact with was friendly and helpful, which had to be a challenge with all of us. Kudos to them. The store was large (around the size of Fine Fabrics for all you Atlantans) There were fabric of all kinds, notions, patterns and more. I was actually overwhelmed because I had set a pretty strict budget and couldn’t decide between all the gorgeous fabrics. You know your girl had to go straight for the half priced remnants. #frougie There I found 1 yard of some gorgeous black and silver sequined stretch fabric and a ½ yard of a striking bright blue Giorgio Armani stretch satin. I’ve always wanted to make something with a stretch sequin fabric and at half off I couldn’t pass it up. I’m thinking it will be a modified M6886, we’ll see. As for the stretch satin, I have absolutely no idea what it will become.  I just adored the color and feel of it, but at $44/yd (yes $44/yd!) I could not indulge in buying more.  The ½ yard was $11, y’all know I don’t pay that for fabric. I’m hoping it is enough for the bodice of a dress.

Mimi was there along with Tieko, Norris, and Kelly. This was the first time I was able to get to Mimi and take a picture. I also snagged a couple of extra pics with Tieko and Kelly and my roomie. Mimi (and the crew) were helping people with fabric selections and directing them around the store. Mimi even showed a few people a sneak peak of her upcoming Simplicity coat/cape pattern that will be released soon.  I will be getting that as soon as it comes out, I will even pay full price!!! I’m not sure I’m ready for a coat/jacket pattern but I’m sure Mimi’s video tutorial will walk me through it.

Part of the reason I was able to behave in the store was because I was also hoping that they would open The Loft across the street. ML Loft sells fabric for just $3 a pound. So when we were informed that lunch was ready for us across the street above the Michael Levine Interior Home Fabrics I ran over. I wasn’t really hungry but I was eager to see if they would open the loft for us. When I first walked over it was closed so I helped myself to some cookies and a soda, but when I walked back out I saw that The Loft was open!!! In the loft fabric is just thrown in large boxes with no order, which isn’t a problem for me because I don’t mind digging for a great deal. I tried to quickly rummage through the boxes and grab what caught my eye, because at $3/lb why not?! There was one table with some terrible scissors on which you could cut any large pieces down to the size you need. After I gathered my favorites I took my pieces to the register to be weighed and I hit a little over 6 lbs. I paid less than $19 for everything in the pic below, a total of almost 13 yards of fabric. Do the math…that’s less than $1.50 per yard. If I ever make it back to LA I will be revisiting The Loft.

After I spent too much time in The Loft I needed to rush back to the hotel to make my flight back home. Thankfully, yet again, @naturalgurlygirl was a lifesaver and drove me back to the hotel where I called an Uber (using a $20 code from @sewmuchtoy) to get me to the airport right in the nick of time. Even my Uber driver was great, he took me on a quick but scenic ride to the airport. He assured me along the way he would get me there and he did, but I had no idea where we were going and I usually have a great sense of direction.

If you couldn’t tell by ALL three posts, I had an AMAZING time at the 4th Annual Mimi G Fashion, Sewing and Style Conference. Mimi, Kelly, Tieko, Norris, Gentleman Jim, Candice and April did an terrific job I hope they know how much we all appreciate their hard work. I definitely plan to return next year. I hope to see you there!!! 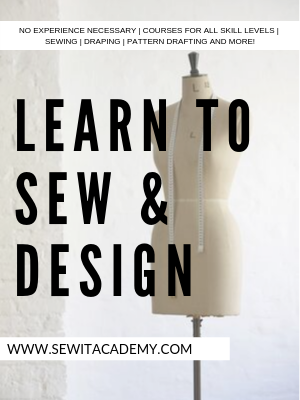